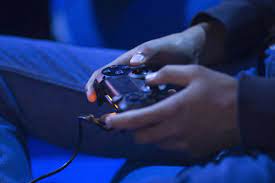 So you’ve been hired to write about video games, which is great. But there is one major problem; you’re not at all familiar with video games. Your first approach might be to refuse the job, which is an option. After all, isn’t writing about what you already know a golden rule?

Yes, it is a golden rule, and a pretty good one. But then again, this wouldn’t be the first time a writer has had to tackle an unfamiliar topic. If you’re being asked to write a detailed medical journal for college students then maybe gracefully pass. But with a topic as broad as video games you can probably get by.

First and foremost, if you’re imagining that video games are the territory of loud, obnoxious teenagers, think again. That may have once been the case, but times have changed. Video games cover an enormous, wildly varying demographic, including everyone from casual teenagers to competitive, middle aged pro gamers.

There is also a wide landscape of games. Competitive online games are popular, and fans can be fanatical. But then there are relaxed, puzzle focused games designed for housewives. Whichever you feel more comfortable tackling is fine.

Write What You Know About

But we just agreed you know nothing, right? Sure, but then many that play video games also don’t really know much, other than the games they personally play. Many casual gamers also really aren’t so into games that they’re looking for advanced guides. After all, just because someone is looking up MLB picks it doesn’t mean they’re a diehard baseball fanatic.

The point being that you don’t have to know everything about a game to write about it. Being just familiar with it is good enough, and getting familiar probably won’t take very long.

What you should know is that the video game industry is divided into various consoles, as well as PCs. This is important because certain games are only available on certain platforms. If you choose to write about a specific game, knowing where that game is available matters.

The Nintendo Switch and Steam Deck, for example, are portable. Those that play games on these platforms are interested in how the limitations of the hardware impact the game. Which is to say; a portable platform is always going to be less capable than a fixed console or PC. PC fans, meanwhile, are intensely focused on maximum performance.

Speak To Your Audience

It’s wise to assume that a person reading a review for a puzzle game isn’t secretly wishing the review was about the latest shooter. There is no need to address, or take into account a demographic that isn’t going to be reading. It is also a good idea to let the reader know that this is your first experience with the type of game you’re writing about.

Most importantly; don’t use terms or refer to things you don’t understand. If you don’t feel like you understand it, simply don’t talk about it. Talk about what you see, and what you feel matters.