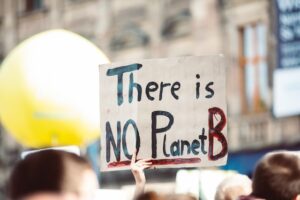 At the start of November, hundreds of world leaders met in Glasgow to discuss the ongoing issue of climate change and what can be done to fight it. The decisions made at the conference impact each and every one of us, and have certainly encouraged lots of people to demand more action on climate change.

Of course, when these events are reported on in the news, they can often be interspersed with lots of technical jargon, making the key changes hard to follow. Below, five of the main takeaways from COP26 have been simplified, so we can all understand how the UK intends to fight climate change!

The pledge to quit coal

One of the most significant commitments made at the deliberations in Glasgow, was that over 40 countries committed to phase out coal power. Countries like Poland, Vietnam and Chile, who are heavily reliant on coal, all signed the agreement. Major economies have agreed to phase out coal reliance by 2030, with poorer nations committing to phasing it out by 2040. Major organisations, including several large banks, have also agreed to stop financing the coal industry.

Over 30 nations, 11 car manufacturers and tens of organisations have declared that they are committed to working together, to ensure all new cars and vans sold will be zero emissions, by 2040. This will also include a promise to support active travel, as well as shared and public transport. However, some key players such as China and the US and Toyota and Volkswagen were missing from the list of signatories.

An end to deforestation

The first major deal of the summit included more than 100 world leaders promising to end and reverse deforestation by the end of the decade. $19.2 billion in public and private funds was pledged to cover the issue, with enough countries to cover 85% of the world’s forests signing the commitment. This coincided with Jeff Bazos committing £1.5 billion to restore landscaping and transform food systems.

During the discussions, it was noted time and time again that poorer countries are at a disadvantage when it comes to the fight against climate change. With this in mind, the UK, Spain, Japan, Australia, Luxembourg and more plan to deliver a $100 billion per year pledge to poorer countries. The UK alone has pledged £290 million go help poorer nations, that will be invested in climate action, improving conservation efforts and ensuring low carbon development in Asian Pacific nations.

China and the US boost cooperation

In a surprise turn of events, the world’s two biggest carbon emitters, China and the US, announced they would dedicate more time and resources to help cut emissions and keep global temperature increase below 1.5°C. However, China did refuse to join a global agreement to limit methane emissions by 30% by 2030.

Hopefully, the above information will help you to understand exactly where we’re heading in the fight against climate change. Of course, if you feel inspired to get involved in the battle, there are lots of things you can do from the comfort of your own home and ECO grants are available to help you do it. There’s no time like the present to involve yourself. After all, there is no planet B!