Cormac McCarthy is one of the most successful writers of his time and is still writing to this day. Even if you’re not an avid reader, it’s highly likely that you’ve watched a movie that was based on one of his screenplays or books. One example of which may be No Country For Old Men, which starred Oscar winner Daniel Day Lewis. To discover a few fun facts about Cormac McCarthy, simply continue reading. Particularly if you’re looking for a brand new book to sink your teeth into in your spare time and are looking for suggestions on a book to read. 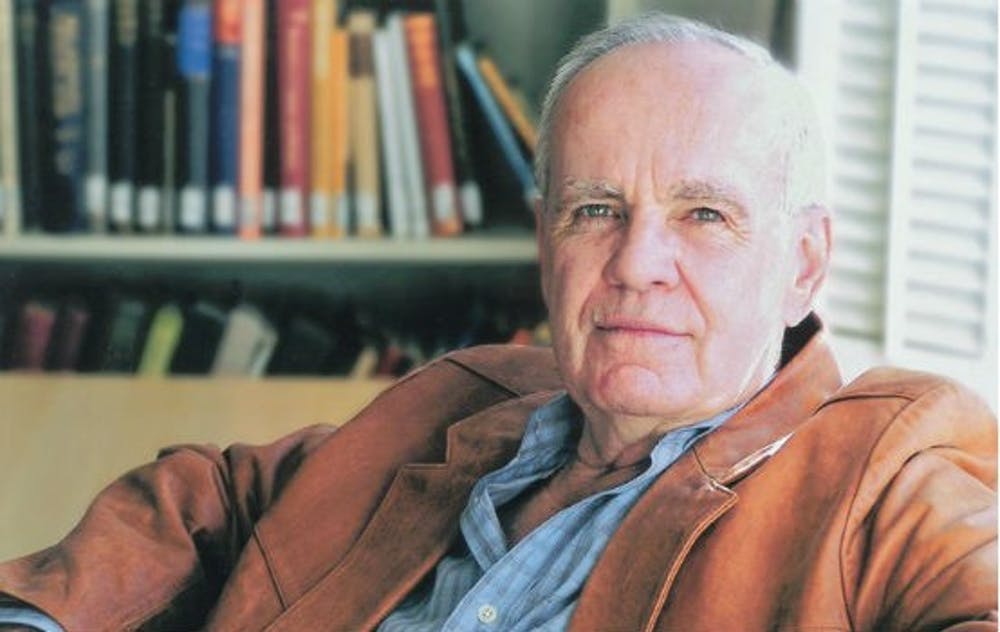 He wrote almost all of his work on the same typewriter:

Cormac McCarthy used the same typewriter, an Olivetti Lettera 32 typewriter, to write the bulk of his work. In fact, he used his Cormac McCarthy typewriter almost every day, for a period of 50 years. Between 1960 and 2009. After which point it was auctioned off by the world-famous auction house named Christies in order to benefit the Sante Fe Institute. It is thought that McCarthy had written over 5 million words on his typewriter.

He is the author of well-known books and screenplays:

Some of his works that you may be familiar with include No Country For Old Men, which was turned into an Oscar-winning movie, and The Road.

He lists legendary writers as his inspirations:

Some of the authors that McCarthy claims inspired his writing include William Faulkner, Ernest Hemingway, Flannery O’Conner, James Joyce, and Samuel Beckett.

He won a Pulitzer prize:

McCarthy received a coveted Pulitzer Prize for fiction in 2007 for his novel The Road. If you’re interested in reading it, The Road is a post-apocalyptic book in which a father and his young son make a perilous journey across a world that is almost devoid of all life. During the long journey, the father has to make numerous challenging sacrifices in order to protect his son. If you enjoy novels that are set in a post-apocalyptic future and want to read a novel that will make you contemplate the nature of life and society, it’s well worth getting your hands on a copy of The Road.

He writes a wide variety of genres:

While some writers only write one genre, McCarthy is unique as he has dabbled with writing a wide variety of genres. Some examples of genres that McCarthy has dabbled in include southern gothic, western and post-apocalyptic stories. So no matter what genres you enjoy reading you should be able to find at least one McCarthy book which you’d like to read.

In conclusion whether or not you’re familiar with The Road or No Country For Old Men, which are both household names, if you’re looking to read award-winning pieces of literature from a living legend, it’s well worth checking out some of the books which have been written by Cormac McCarthy. Especially if you’re currently looking for a new gripping read to get lost in.