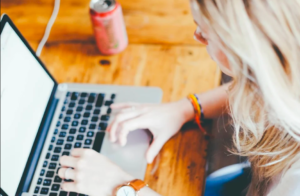 When writing a novel or script, there comes a time when you find yourself writing about something you have little knowledge of.

You might be writing a thriller and need to brush up on police procedures or autopsy outcomes. You might be knee-deep in a romance novel but have whisked your protagonist over to a country you have zero knowledge of. Those are just two examples of how you may need to write outside of your comfort zone. It could even lead to a spell of colygraphia, the word which we explained describes writer’s block.

Another good example is a poker game. Many great stories have been accentuated and even based upon poker; Peter Carey’s Booker Prize-winning novel Oscar and Lucinda is a classic example. To pen those scenes well, you may need good knowledge of poker, possibly from picking up the best poker books to read or by playing the game regularly yourself. Either way, you can use poker to create tension and develop characters, but you must understand how to handle the game to convince your readers.

If you don’t quite have time to pick up a book or study the roulette for real money game, then we have some key points which might help you navigate the tricky poker scene in your next novel.

Focus on People, Not Cards

Poker is a card game, but as in any part of your novel, it is the vehicle for the plot, not the core driver. Think of it this way; if you were putting your character behind the wheel of a car, you might mention the car, but you’d be focusing on how they drive, how they feel going into a corner, how fast they’re going; the focus would be them. Unless your story specifically calls for poker narrative, focus on the players, their reactions and emotions, rather than what’s on the table. You can tell people what’s happening in the NZ online casinos game, but you must show them how your characters react; there’s a difference between telling and showing in good writing.

Remember Not All Tells Are Physical

One of the reasons poker gets used in stories is the complex array of emotions it can conjure up; joy and anger, defeat and victory, all in the same scene. Also, it’s a game in which people’s emotions are often their downfall, in terms of poker tells. You may pick up on that as part of your plot; your central character might spot a tell from an opponent. If so, it isn’t always a facial tick or them stroking their hair; in fact, many tells are around the way they play their cards. It might be their blind bet or how they try to bully other players with large bets, but it isn’t necessarily physical.

Get the Timescale Right

If you’re using poker as a plot device, but little more, there might be a temptation to get straight to the key scene, the big hand or conflict you wish to place your protagonist in. After all, a good novel is always about conflict. That said, do not be tempted to rush into your poker scene or end it too early. Poker is a long game, played over many hands, and if you have a character dipping in and out in just two or three hands, people will see straight through it. You don’t need to write about every hand; just ensure you adequately pad before or after the key moments to suggest the game has gone on for a long while. One of the reasons poker gets used in stories is the complex array of emotions it can conjure up; joy and anger, defeat and victory, which is all expected when betting your favorite sports team at sports betting sites.