Dilbert is an ongoing comic series that is based around an office where everything goes wrong. If you’re a fan of office humor or dark humor, it’s highly lovely that you’ll love reading Dilbert. To discover a few fun facts about Dilbert, just continue reading. Especially if you’re a long-term fan of the series or have just read your first Dilbert comic strip. 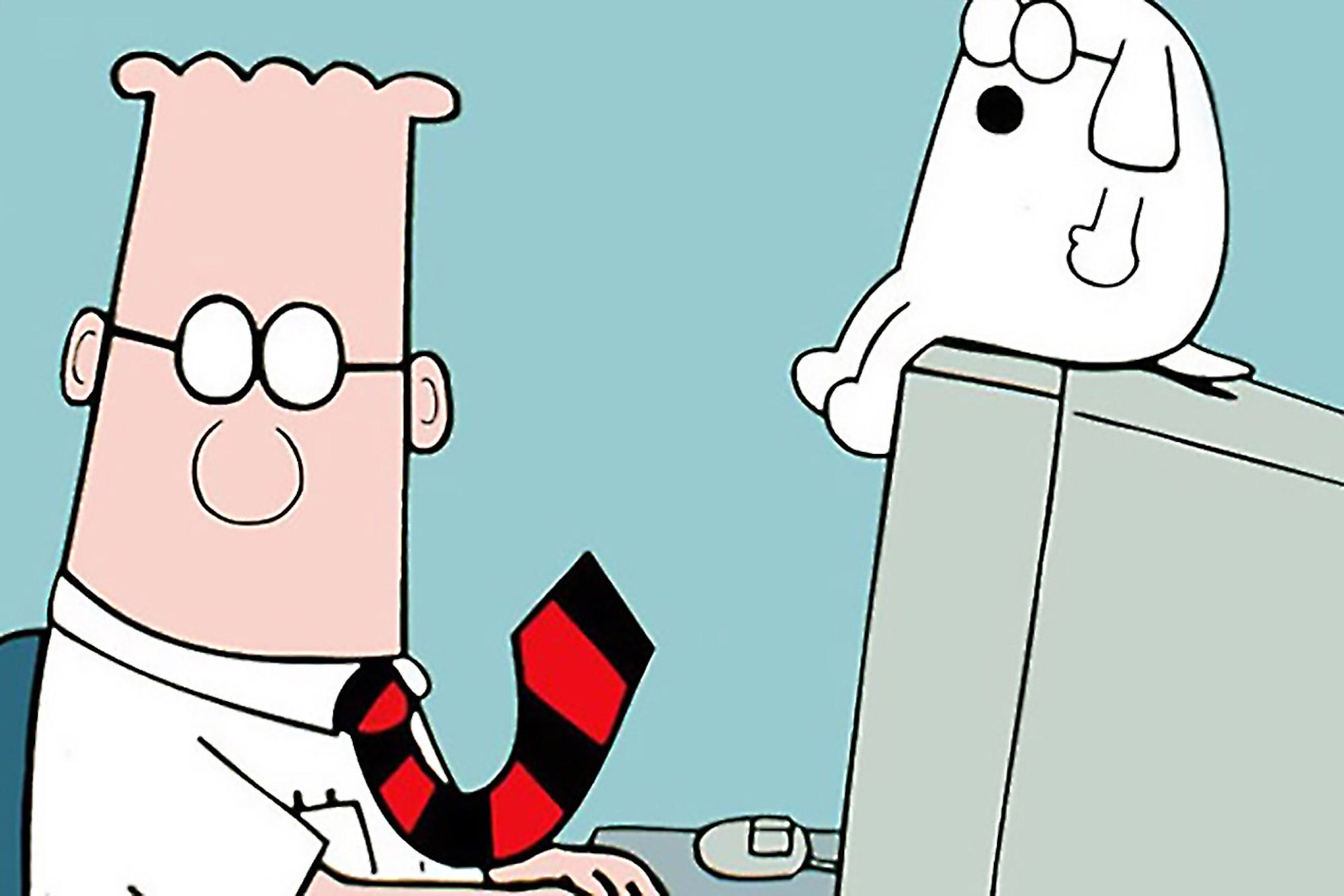 Dilbert was originally created in 1989:

You may be surprised to learn that the first Dilbert comic was released back in 1989. However, modern versions of Dilbert feature up-to-date topics such as social media.

Dilbert is the title character of the series and is an engineer who works at an office that is micromanaged by an ineffective manager. Although he is competent at his job Dilbert has the misfortune of working with colleagues who are useless at their jobs. As Dilbert struggles with social interactions, he has few friends but is on friendly terms with a few of his colleagues. Examples of which include Alice, Asok, and Wally. Physically Dilbert was initially a distinctive character as he didn’t have visible eyes or a mouth. However, in recent renditions, Dilbert does have a visible mouth and nose.

One of the unique aspects about Dilbert is that Dilbert lives with three dinosaurs Bob, Rex, and Dawn. As well as his two pets Dogbert and Ratbert.

In Dilbert, there is a character who is an intern in Dilbert’s office named Asok. Asok is an Indian American and was based on a friend and colleague of the creator of the Dilbert comics, Scott Adams.

If you’re a fan of Dilbert comics and are searching for comics that reflect the world that we currently live in, it’s well worth tracking down the social media-themed Dilbert comics. In one a social media manager is employed by Dilbert’s office and she explains to her team that marketing using social media is like herding cats but that the cats are drunk and stupid. Which makes fun of the intelligence level of individuals who spend countless hours on social media on a daily basis and are easily swayed by the influence of social media. The same marketing manager also reveals that the majority of her job is just using the words Facebook and Twitter as many times as possible.

There are full Dilbert books:

Some Dilbert books which have you may want to track down include Always Postpone Meetings, Shave the Whales, Fugitive From the Cubicle Police, I’m Not Anti-Business I’m Anti Idiot, and Journey to Cubeville.

Dilbert comics have appeared in over 2,000 newspapers:

Dilbert is incredibly popular both in the United States and abroad, in fact, to date, Dilbert comics have appeared in over 2,000 newspapers around the world.

So if you were curious about the Dilbert comics and how they have transitioned with the times from 1989 to modern-day life, hopefully, you found the facts listed above interesting.