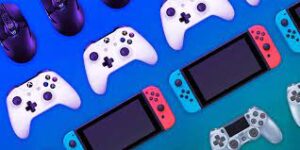 Whether you’re an experienced writer or starting out, it’s an important to choose a niche to specialise in when trying to freelance. Maybe it might be writing about clean energy solutions, or the latest gadgets from Google or Apple. Whatever the case may be, narrowing down a niche is one of the first steps that any freelance writer will need to take if they want to start earning an income.

Entertainment is a large niche that might be worth investigating. There are numerous industries that can be classified as entertainment, and it can be fairly easy to find work if you know where to look. So keep reading to find out which entertainment-related sectors are a great way to break in to as you begin your freelancing career.

Video gaming has increased substantially in popularity over recent years. Not only are streamers all the rage right now, but massively popular video game events take place every year that draw in millions of players and fans. The world of video games is one that’s constantly in a state of flux as new games are released, new updates are sent out, new consoles are announced, and so much more. It remains a content-rich industry that’s growing with every passing year, and it’s the perfect way to start writing about something that millions of people care about.

Another industry that has really blown up in recent years is streaming. Netflix, Hulu, Amazon Prime, and Disney+ are just some of the more well-known streaming services, and every month a new series or movie or animated special is being announced. As more and more people turn away from traditional television and toward streaming, there’s never been a better time to jump into the action and bring the latest news and updates about what’s upcoming on any number of streaming services.

The next best sector to focus on is movies and series, specifically what movies are in the works, which stars are working on them, and small bits of information about what’s going on in the world of Hollywood entertainment. There will always be a large audience of people keeping up to date with the latest movies and series, and not only does it pay to keep that audience in the know, but it can also be fairly profitable to get that information out ahead of everyone else. This can also encompass the world of famous celebrities, as most people always have an ear out for the latest celeb news.